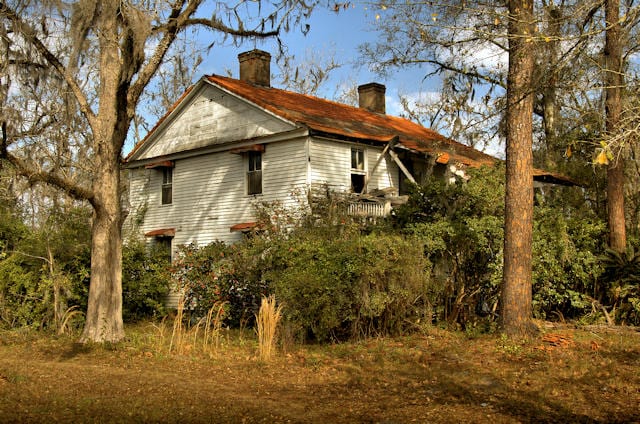 Our newest neighborhood is now under construction in Ludowici, Georgia. This neighborhood is our first within the Ludowici city limits and our most recent project in Long County. Now that the land has been cleared and the homes are going up, it’s easy to visualize the future neighborhood of homes & families that will soon present. But many years ago, the land was an integral part of what makes Ludowici the community it is today.

Prior to even being an incorporated city, the area that is now Ludowici was a stop known as “Four and a half” along the Atlantic & Gulf Railroads.  In the 1850s Allen Johnston built his home near the railroad stop and across the tracks, a station was built. Around this small station, a small village grew up & became known as Johnston Station. It was known by this name until 1905 when Carl Ludowici built his plant for the Ludowici Roofing Tile Company.

Groundbreaking for new neighborhood
May 6, 2021

3 walking trails to take this Fall
October 29, 2019
Go to Top
We use cookies on our website to give you the most relevant experience by remembering your preferences and repeat visits. By clicking “Accept All”, you consent to the use of ALL the cookies. However, you may visit "Cookie Settings" to provide a controlled consent.
Cookie SettingsAccept All
Manage consent